Skip to content
Blog / The First 10 Years Of Glantz Design

The First 10 Years Of Glantz Design 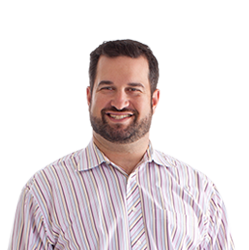 10 Years is both a short—and long time ago.

Sitting down with a pen and pile of scrap paper, I find myself getting nostalgic about our humble beginnings. So let’s go back to September of 2008. Many of you remember that time. Terrible financial crisis, poor job market, perhaps the absolute worst (or perfect) time to start a company. No expectations of success. So what did I do anyway?

Actually, I should go back a little further and explain my background a tad, so you understand why I do what I do.

First off, I love art. But I didn’t want to be a broke, starving artist. I also love my family, food, shelter, music–you know, necessary things to live life. So I decided to take my passion for the arts and combine it with business strategy, leaving New York, where I grew up, to attend Washington University in St. Louis. I was fortunate enough to enroll in both the business school and art school, simultaneously pursuing two degrees: a BFA in Graphic Communication and a BSBA in Marketing Strategy.

Throughout the late ‘90’s and much of the 00’s I got to work at a bunch of agencies. Also had a dot com startup in the late ‘90’s before the bubble burst. By 2008, I’d seen and experienced a lot of different companies. But I hated working on so-so design projects within a company culture that accepted that as okay. No more. I needed to strive for greatness. Now that I’ve shared that I’m an artist by heart, you should know the living I have always chased is the one that will allow me to enjoy my life.

My last day in the prior agency world was September 15, 2008, the same day I incorporated Glantz Design. I had no clients. I had no employees.

What I did have was two kids at home (I now have three) and a supportive wife, who had retired from teaching to be around more for my daughters. I had a mortgage, and I had car payments. My expenses were real. Expenses drove me, but I still needed something different than before. What I needed to do was great work. I was driven to find a way to do fulfilling work and then also make money. That’s what would make me happy.

September of 2008. Glantz Design started. We had zero clients.

Old computer, existing attic, financial crisis, no immediate leads–this was destined for failure before the year ended. But something happened. I got the word out, and people listened. One project came in. Then two projects. Then old clients and former colleagues started to reach out. Six months later, I made my entire salary from the year before. Holy shit. Was it really happening? Was I really convincing the world I was more than a freelance designer?

In the fall of 2009, I hired my first employee. Her name is Meg. She was awesome. We kept winning more clients and doing lots of stuff we loved. The attic started to feel really stuffy, so after weighing the pros and cons of moving vs construction, I decided to rip the roof off and rebuild it. Adding more square footage and making the attic a nice place to work all day was imperative. With lots of windows facing all four directions, we lovingly referred to it as our treehouse overlooking the large trees surrounding the property.

With the new office, we could now invite our clients over for meetings. Plus I had more room to hire more staff, which I did. They had to pass my kids’ rooms on their way upstairs to the “treehouse,” which we all seemed comfortable with. Our clients especially liked the fact that our overhead allowed us to keep our rates at a respectable and competitive level.
This went on for a couple of years, until 2012, when I realized it was time. It didn’t seem possible, but we’d officially outgrown the treehouse attic.

Chapter 2 was far more than a period or stage in our history. Four years in, this was now more than a dream. We moved to 1840 Oak Ave. in Evanston, a great space for us at the time. An offbeat loft-like vibe with a lot of character, with often-crumbling brick walls from 1908 that were a little off-putting (and messy).

We started at this point our fairly laudable growth, but I sensed our team was at a major impasse. We had the demand from clients and prospects, but did we have enough capacity and talent on our roster to pull this off? The short answer was, not even close.

Thankfully, something magical happened. Not Bippity Boppity Boo Fairy Godmother stuff, but honest to goodness the luck of being in the right place at the right time. I’m referring to how our Chief of Strategy and Client Happiness Officer came into the Glantz Design world. The moment Anne Weber joined our team, we became a “real” agency. Anne made everything work better, from processes to efficiency and creative output. Our team grew, our work got better, and our client list grew through referrals, thanks to the quality of our work and client service. What came next were years of consecutive revenue growth without any real proactive sales.

In 2016, Anne and her family chose to relocate to Austin, Texas. By this point, her value to the organization was tremendous, and the prospect of her moving on was too tough for any of us to bear. So we decided it was in our best interest to open an “Austin outpost,” as they lovingly call it in the South. This was hard, both emotionally and business-wise. But not only did we persevere, we thrived. 2016 and 2017 were our best years to date.

Our four straight years of revenue and human growth once again led us to a fork in the road. We had now outgrown our space at 1840 Oak. I was also coming to terms with the fact that I had become a bottleneck in my own agency. As much as I loved the work, I realized I was actually holding us back.

Once again, we debated. In my heart, though, I knew it was time to take another leap of faith. While looking for our next space—would it be purchasing an entire building that we could gut and make our own? Would it be moving to the other side of Evanston to get a new view? We also began to interview for two new senior positions—a Creative Director and a Director of Production.
People always joke that you shouldn’t take on multiple life events at once, like a new job, a baby, a marriage, or a move. Well, designing a build-out in a brand-new building and hiring two senior positions at the same time almost did me in. But I’m happy to report that our third new space, what we think of as our “forever” home at 1881 Oak (yep, just across the street from the second office) was worth the agony.

During the Fall of 2016, we finished the build-out on time and completed our move without a hitch, partly in thanks to our new head of production, Steve Andersen. Then, early in 2017, I was finally able to pull the trigger on what was easily the hardest position I’ve had to hire, essentially replacing myself. Jen Lemerand joined our team. Her mentorship and leadership have been so valuable to the continued growth of our team and our ever-growing repertoire of services and skillsets.

CHAPTER 4: Rules to Live By And now, celebrating our 10th anniversary, and thinking about what the next 10 years will bring, I’m proud, amazed, thankful, tired, inspired, and… ready. Very ready. So many people have been a part of the first decade of our success—too many to name—but if you are reading this, I’m winking at you in this moment and thanking you with all my heart.

In closing, I wanted to share the rules I created when we started and that have largely stayed the same. Ten years in, they still seem like great rules to work and live by.

Thank you for an incredible 10 years.

Let’s catch up, grab a coffee, hop on a call… as I would love to thank each of you who made the first ten possible.

Keith Glantz is the Founder and Chief Creative Officer of Glantz Design. A native New Yorker, he has called Evanston his stomping ground for 20+ years.
DIG INTO BIO PAGE