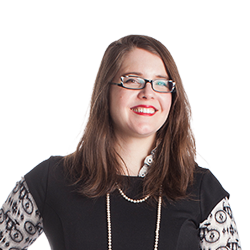 A local Chicagoland law firm came to us wanting to promote their services to Evanston and North Shore residents who were in need of legal representation, specifically people facing DUI charges. They hoped to increase awareness of their services and of the necessity of legal representation in DUI cases. The campaign needed to be hyper local as well as low-budget and guerrilla in nature. We hoped to create something more interactive than your average legal services advertisement (who watches Better Call Saul?).

After brainstorming, we created a concept called DUI Sucks, anchored on the fact that lots of things suck, but not quite as much as a DUI. This campaign leveraged the Top Level Domain “.sucks” so the messaging is memorable, even months down the road. As we were not restricted to a “.com” domain, this gave us the opportunity to closely tie the guerrilla campaign to an effective web presence. The concept was supported with a tangible tactic: bar coasters, that encouraged guests to interact with the promotional materials, find them fun enough to bring home, and hopefully reference later if they found themselves, a friend, or a family member, dealing with a DUI. One of our designers then developed eye-catching and interactive coasters, and a fact focused microsite, using the “.sucks” domain, to anchor the campaign.

Designing the coasters was fun, but the brainstorming beforehand was a riot. Our team listed everything that we think sucks on the white board (which looked rather questionable for a while). We landed on four hero messages paired with a call to action to “fill in the blank” with something the user feels truly sucks. One of the most interesting strategic points of this campaign was that the coasters have no mention of the law firm, Pfeifer & Pfeifer, which was deliberately done to make it feel less promotional. The micro-site we created has subtle language referencing the law firm, with a strong call to action to connect with the firm knowing that the user may have visited the site searching for real DUI help. The interaction with the coasters would drive people to remember “DUI Sucks” over the name Pfeifer & Pfeifer, but as the user takes the action to contact for a consultation, the law firm’s reputation is upheld when connected to their website via our unique Top Level Domain.

Check out the digital campaign and share what drives you crazy with #DUISucks!

Jen Lemerand is our Studio Lead and Creative Director, known for her upside-down glasses. Everyone tilts their head when they first notice, often stopping mid conversation. She likes to take that approach to design, making people pause and reflect in their crazy day.
DIG INTO BIO PAGE